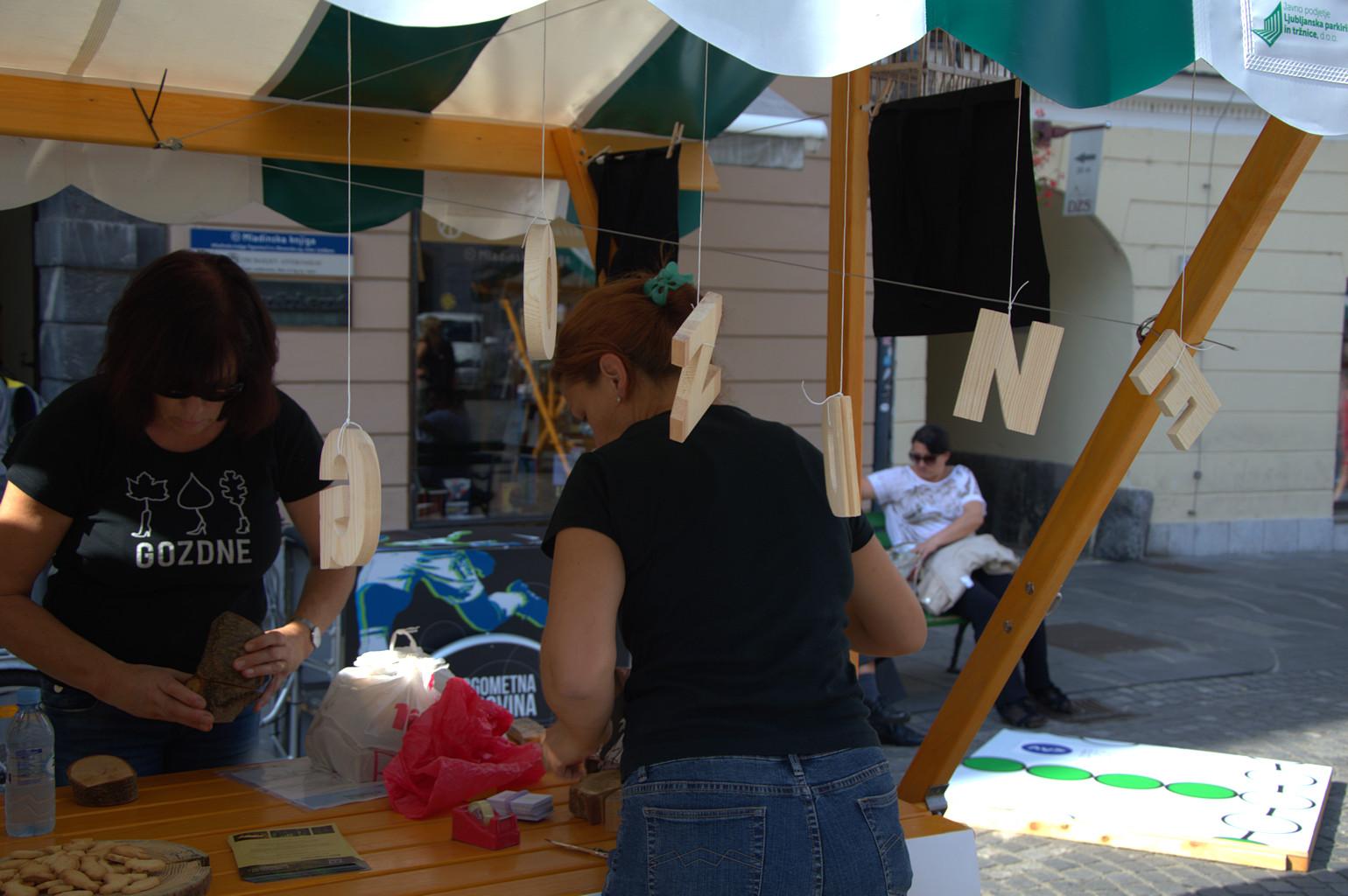 A couple more impressions from yesterday’s Zeleni lauf – the first race back to a green future. GOZDNE also competed with a trio of participants. Our very own Mary entered the race, helped along by two strapping young gentlemen. The three of them made sure we were one of the major attractions there. They finished fourth, which was quite good. Although the prizes were given to the teams who finished last. Yes, yesterday was fairly upside down and inside out. :) Mary impressed many bystanders, even our city’s mascot Zmajček wanted to take her for himself. When we refused he tried to revive her so she could go with him of her own volition. Alas it was not meant to be. Bloody Mary is still quietly sleeping in her coffin, waiting for visitors of our midnight escape to come and free her from her vampire curse.