A game for three 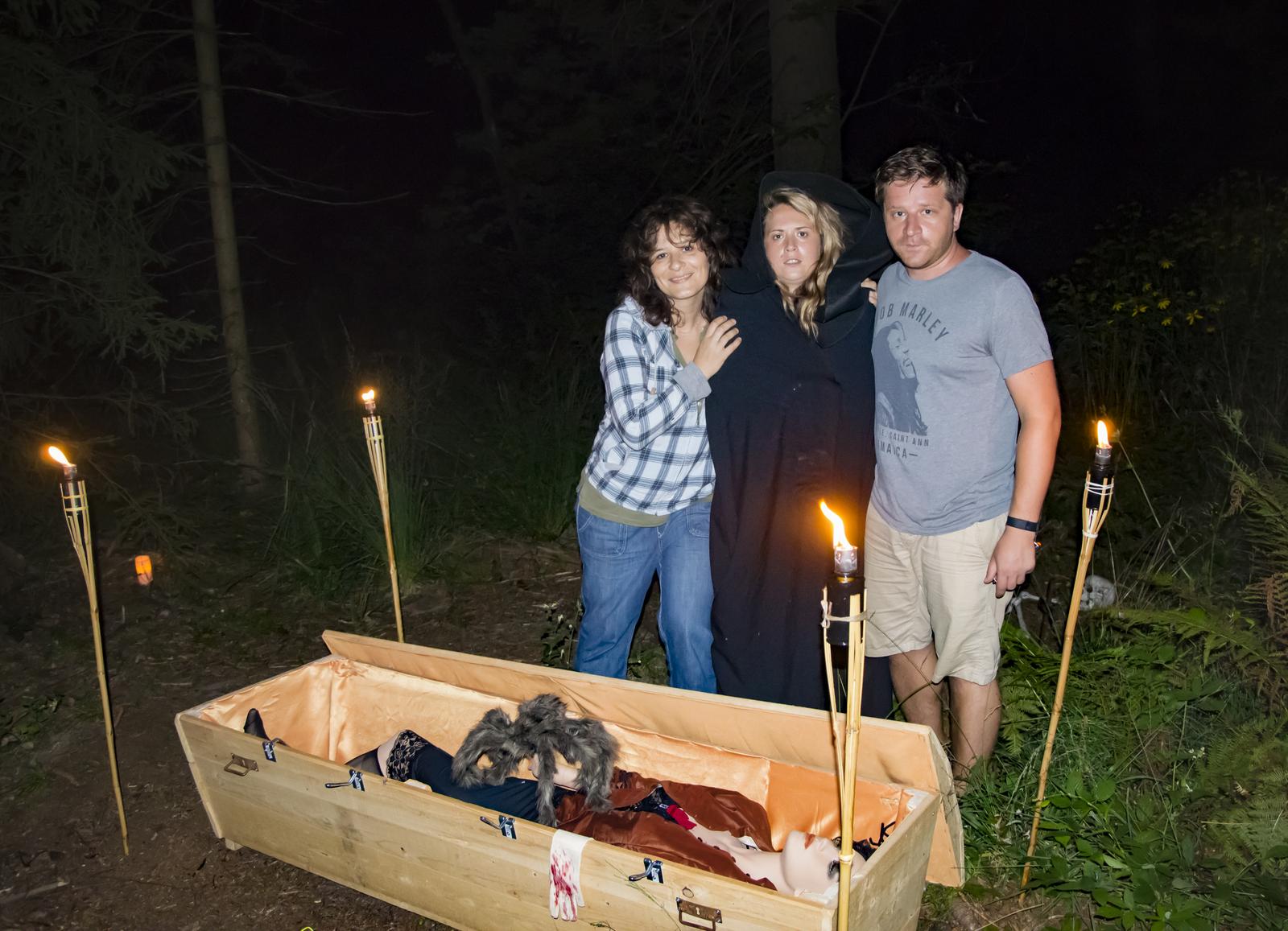 Last night Mary went head to head with an mixed company of people from Slovenia and Bosnia. They were quite the experts when it came to solving puzzles and even though they’ve been to many escape rooms throughout Europe, they admitted that they’ve never seen an escape room quite like what we Forest Ladies offer. Of course we’re the first and only ones doing escape games in the forest :) . They started extremely unhurriedly, so we somewhat nervously offered a hint or two, but it turned out they didn’t even need them – they were immensely systematic with solving the puzzles. Of course the event was a success. With a little luck, a handful of hints and excellent logical thinking they managed to open the coffin almost in record time (only one other team has been faster so far) and staked Mary through her heart. Congratulations! In conclusion they said they really liked the game, that it was quite different from traditional escape rooms and that the atmosphere and setting were superb. The owl nesting in the neighbouring trees also had a few things to say, although this time it began hooting even before the team even started the game. Guys, you were a treat and it was nice meeting you. 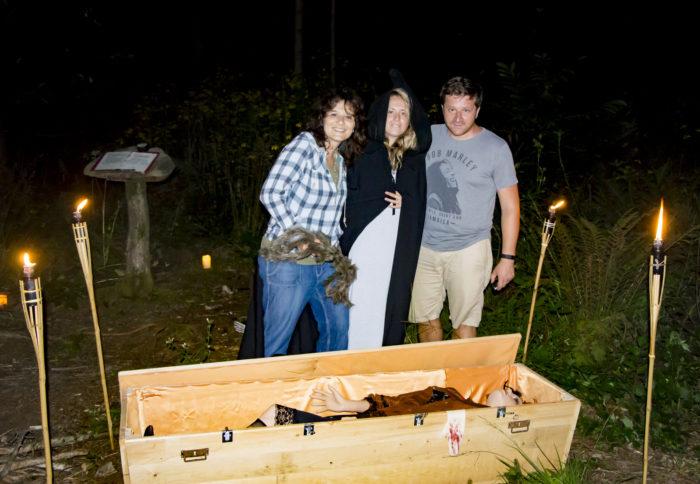