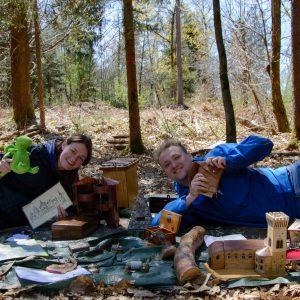 If the couple knows each other well, complements each other perfectly and has a positive approach, they can be a fantastic team. Much better than more uncoordinated players. The living proof is a nice couple who came to helped the Dragon. They saved his beloved dragon-girl from prison in just 75 minutes. They almost didn't... View Article 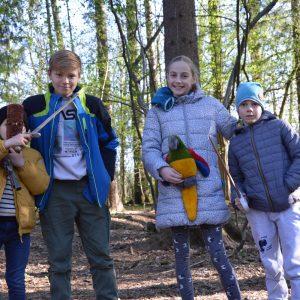 There are no barriers for pirates. Even without parents. With minimal help, especially the ‘rabbit help’, they successfully found a pirate chest. The last lock and treasure was theirs. Bravo!

They rarely allow us to post birthday parties. That's a shame, because as they say, pictures say more than 1000 words. These photos are from last Friday in April. A group of brave kids went on a treasure hunt, despite a short shower. It wasn’t exactly in the style of “... thunder roaring and lightning... View Article 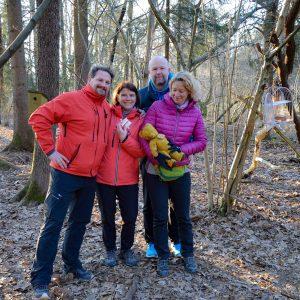 Escape rooms, even forest ones, are not only for children and young people, but also for all lovers of logic, good puzzles, active leisure with friends ... And the clock passes like lightning. This team did very well in rescuing the bird with a little correction in orientation and one standard hint, and we can... View Article

When you fall into the game   >

Although we have marked the difficulty of our forest escapes, it seems that if the team is coordinated, listened to and complemented, the difficulty is not important at all. This team was a complete beginner in the escape rooms. They chose our hardest escape because they liked the description the most. And with just a... View Article 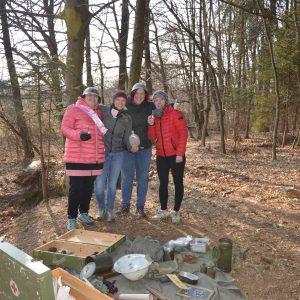 We are active on all escapes, but it seems to have the most photogenic teams on the Deliverance. This team turned out fantastically. Without help, without hints, without problems, and in less than an hour, the girls were so brave in front of the camera. Congratulations! It will be hard to beat them. 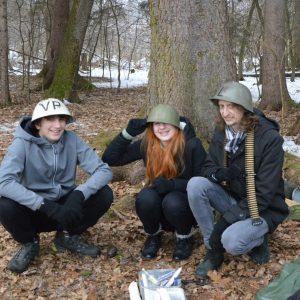 When logic overcomes everything   >

The days are quite cold, but for brave people, this is not an obstacle to not providing pleasant surprises in the embrace of winter nature. Sunday’s team was exactly like that. A birthday surprise while having fun for the whole team. They chose the right escape – Deliverance and they did not only do well... View Article 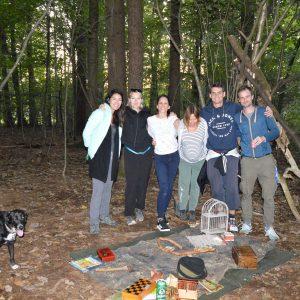 A comedy of confusion   >

A comedy of confusion Another one from the weekend. Two teams, 12 people, one illegal and three dogs, children against adults, Bird against Angelica … Yes, the children were faster, because escape game with adults was like a silent black-and-white comedy film, where people keep going to the stage and out. It’s just that three... View Article 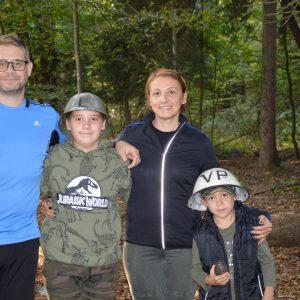 Sometimes even the escape room Deliverance can be great family fun. Although complete novices in solving escape rooms, they succeeded. The children are a great seeker, the father a specialist in shortcuts, and the mother managed a unique feat – the locks just jumped apart under her magic fingers and yes, in the end they... View Article 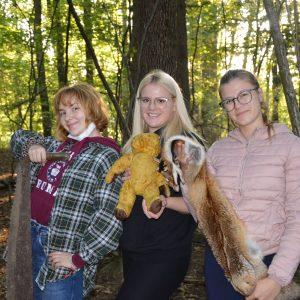 Everyone who comes to the interview to work in our team is pleasantly surprised after the first embarrassments (how to find us at all in a very short time), because they first get to know the concrete work and that as a team in the forest room escapes. Whoever manages to solve the task on... View Article